Amelia “Andie” Andreu Gilroy Levings is the eighth generation of Andreu Women to be married on the Plaza de la Constitución, the center square of historic St. Augustine, Florida. Seven generations of Andreu women before her were married at the Cathedral Basilica of St. Augustine, the oldest Christian congregation in the contiguous United States. Andie wanted to honor her family legacy of getting married on the Plaza, while also paying homage to her late-grandmother’s more immediate history — working at the bank that was once held in the building right next door. This building just so happens to now house one of St. Augustine’s most sought-after wedding venues, The Treasury on the Plaza. Today we’re sharing this story of eight generations of love in Historic St. Augustine!

Exactly one year ago, on December 29, 2019, Andie married Christian, her best friend and the love of her life. They celebrated their union in the same building where Andie’s grandmother – affectionately called Mimi – worked for more than 40 years. Marianne Brock Brinkhoff worked at The First National Bank of St. Augustine as a bank teller.

“My grandmother had a heart for service. She was a woman who deserved to be celebrated and honored,” Andie explained. “Being in the same building where she stood was as close as we were going to get to having her there. It’s been a blessing to be able to tell her story and remember her in a special way on my wedding day.” 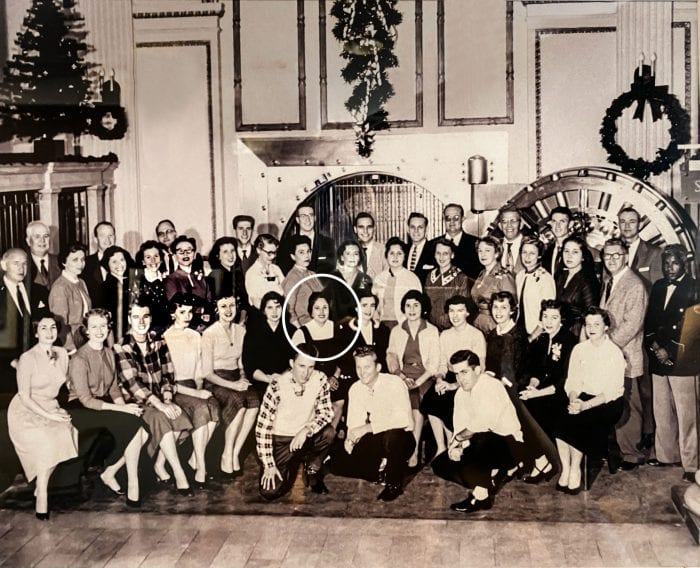 This photo shows Andie’s grandmother Mimi in 1957 in front of The Treasury’s historic vault.

Named as one of “The Top 10 Historic Wedding Venues in the Southeast” by Southern Bride, The Treasury on the Plaza was the perfect spot for Andie and Christian to say, “I do.” Throughout its history, the building has served as a space for weddings, events, art and cultural exhibits, historical shows, community gatherings, and as a symbol of prosperity for the city. The building is listed on The National Register of Historic Places in honor of both its architectural and historical significance to Northeast Florida. 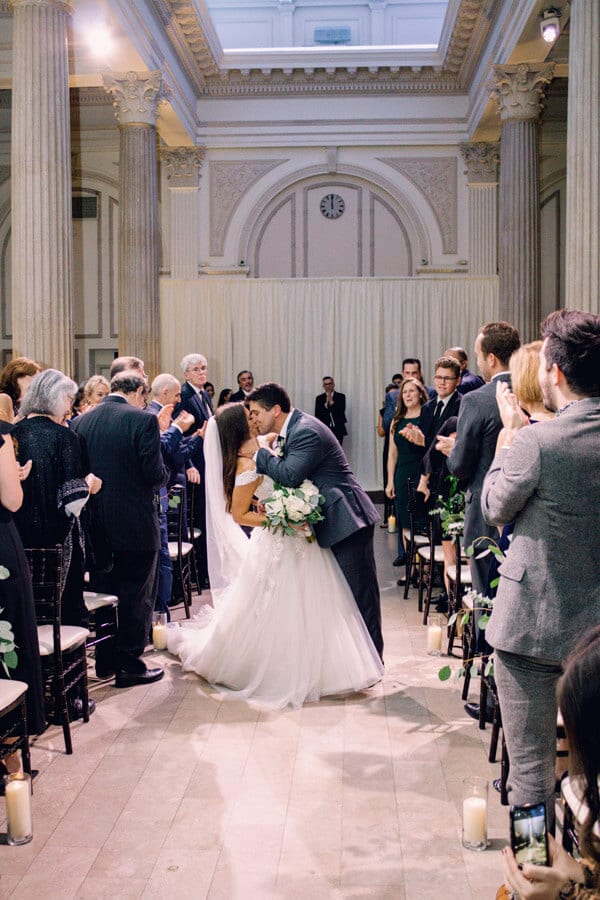 The Levings’ were able to seamlessly blend Andie’s family history with the life that she and Christian have built together. Andie is a 15th generation Minorcan and can trace her roots back to Menorca, Spain. The Minorcan presence along Florida’s First Coast and the history of the Andreu Family is traced back to the 1700’s, when Scottish speculator Andrew Turnbull cast his colonial sights on Northeast Florida. Turnbull’s workforce included recruits from Greece, Italy, and Minorca, a small island off the coast of Spain. These individuals represented a cross-section of the immigrants coming to America varying in education, occupations, and political views, religious convictions, financial stability, and motivation. The vibrant multicultural Minorcan community helped fortify the culture of the Nation’s Oldest City.

Since then, the Andreu family has created a legacy within the State of Florida. The book Tight Walk describes the Andreu Family tree starting with Francis “Frank” Paul Andreu, who made a special contribution to the charm of the St. Augustine in his founding of St. Andrews Court. With a long history of building the town of St. Augustine, Marianne Brock Brinkoff (Andie’s Mimi) supplied the 15-page book with interesting stories on how the Andreu family helped build the city and has continued to leave a lasting legacy. Marianne’s husband, Fred Brinkoff, served on the City Commission for eight years and was the mayor of St. Augustine for two terms. 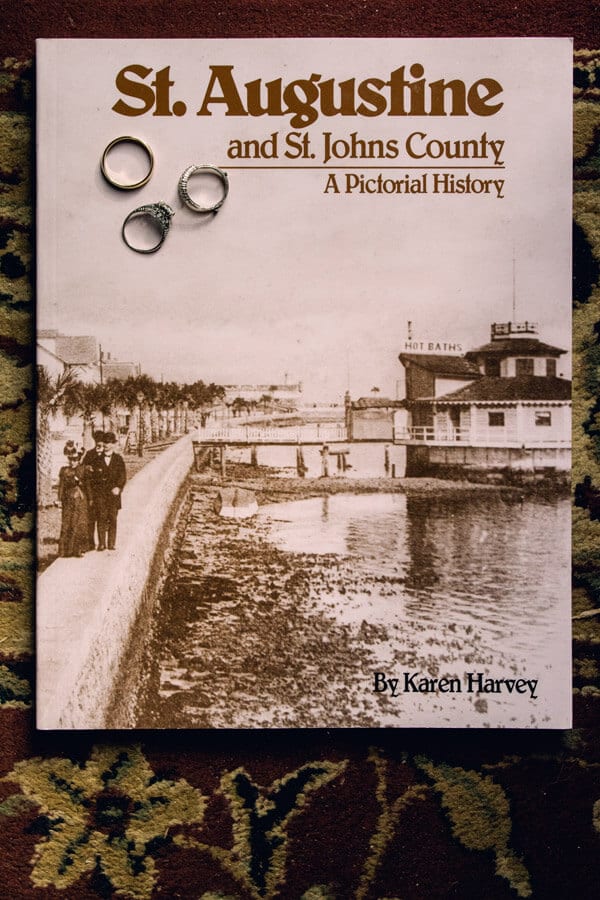 Andie and Christian continue the legacy of love in St. Augustine

Following in Fred’s footsteps, Andie attended and graduated from Florida State University, where she met her now-husband, Christian Levings. Christian has been a big supporter of continuing the Andreu tradition, frequently visiting the City of St. Augustine. Choosing to celebrate their special day in the same place past generations had before them was an easy decision. “This is her family’s city and it means a lot to her,” Christian said. “It became a second home for me, and I just love everything about it.”

Andie and Christian’s love story began when they met singing for the same acapella group. “Our paths kept coming closer and closer,” Andie said. After being on a reality show “Sing It On” together and being friends for 10 years, the relationship eventually developed into something more. Christian asked Andie on a date a few months before graduation. After their date, Andie said the progression of their relationship was a whirlwind. “It was nothing, and then it was everything. We went from not being together at all, to me knowing a week into our relationship that I was going to marry him.”

“I’ve never loved anyone or anything so fully,” said Christian when talking about Andie. “I’m still not convinced this isn’t all a dream to be married to someone who is even more beautiful inside than she is outside.”

Just moments before being wed, Andie said that she is so honored to be his wife. In their presence, the love that they have for one another is genuine and pure, evident that they continue to fall for one another day after day.

For a peek into their love story, local videographer Brady Bigalke of First Sight Films captured and created a beautiful video showcasing Andie and Christian’s special day at The Treasury on the Plaza. Woodland Fields Photography captured stunning images of their day! 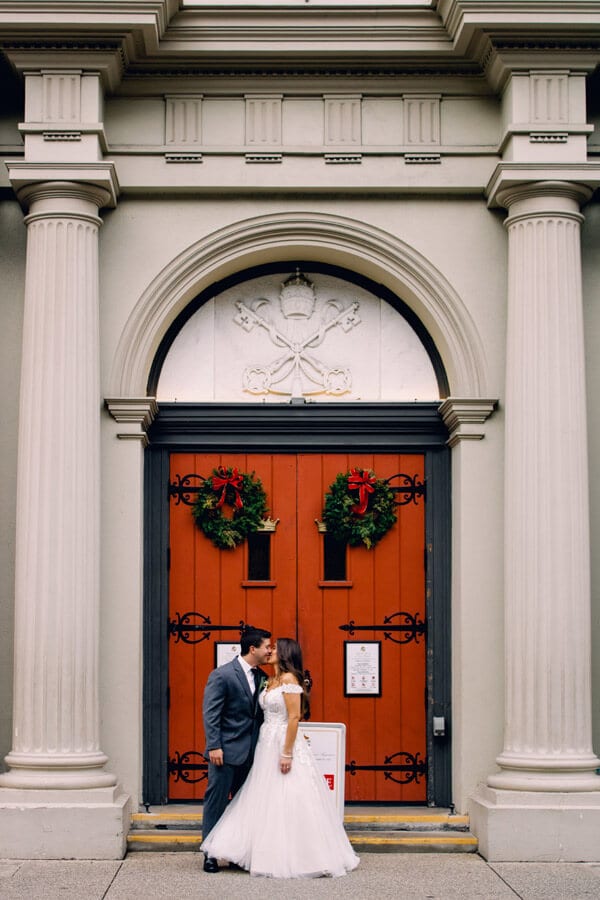 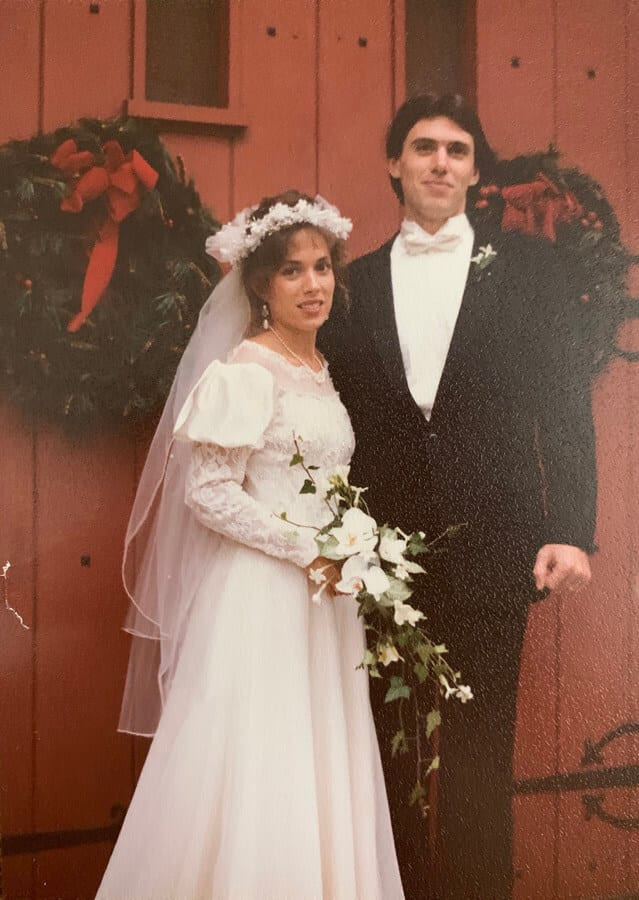 Andie always wanted a picture on her wedding day like the one that her parents took in front of the Cathedral Basilica’s red doors adorned with wreaths at Christmastime. 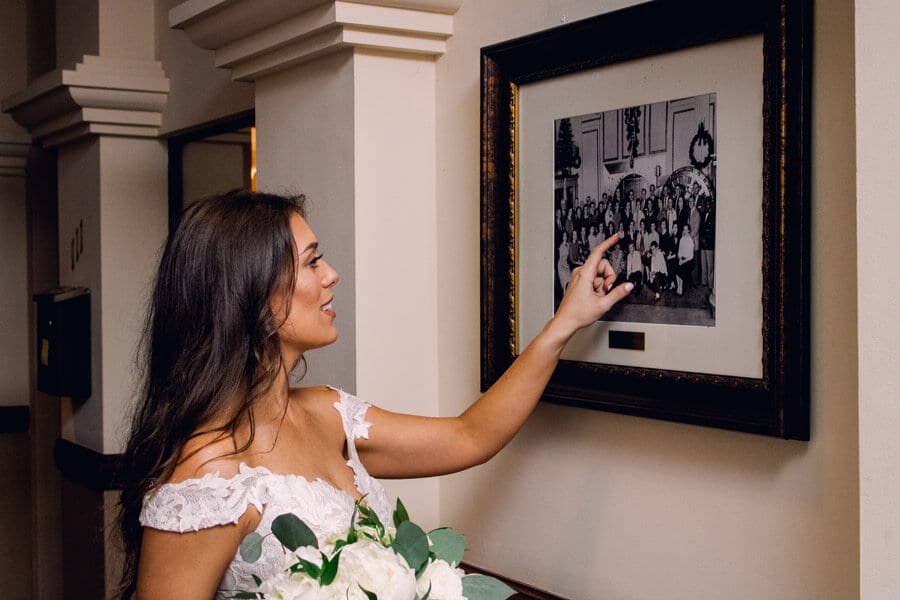 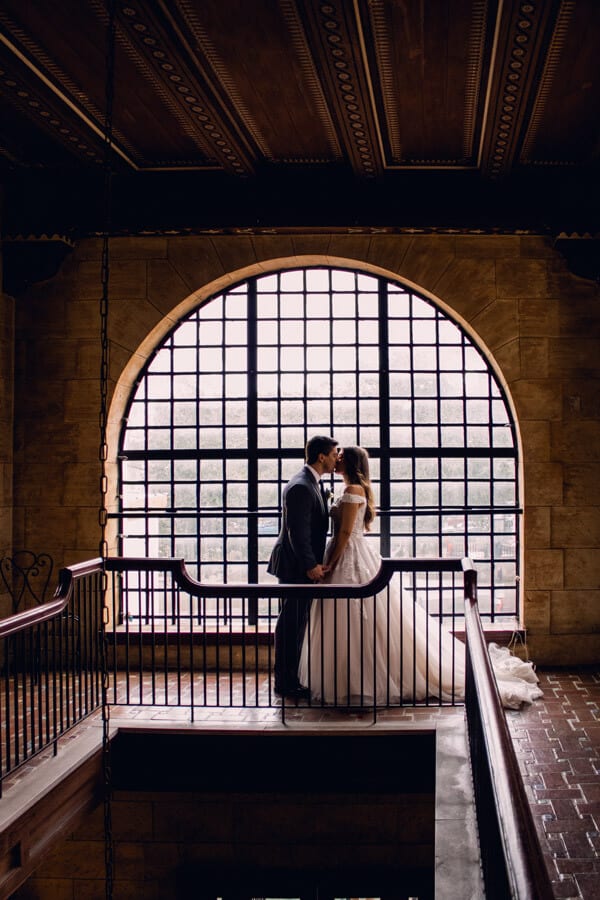 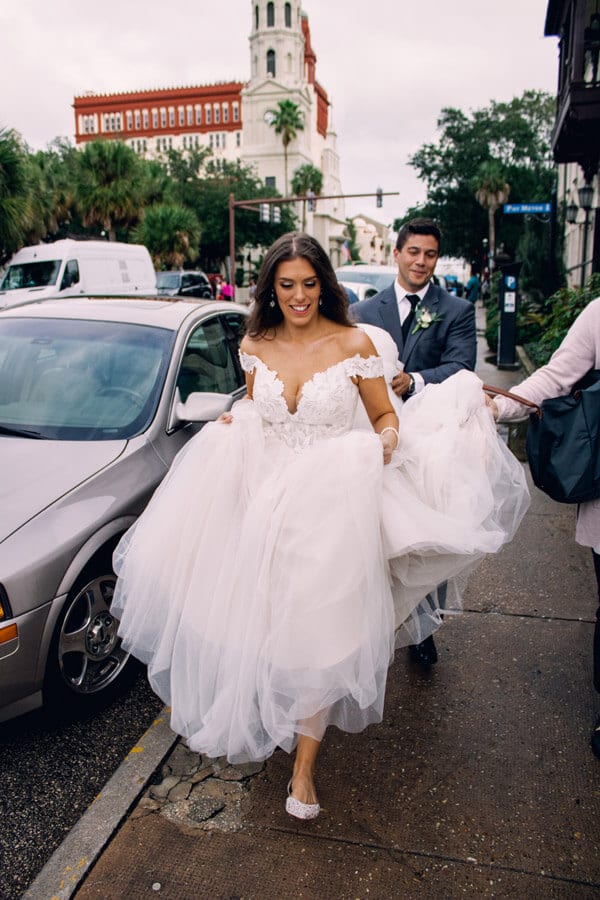 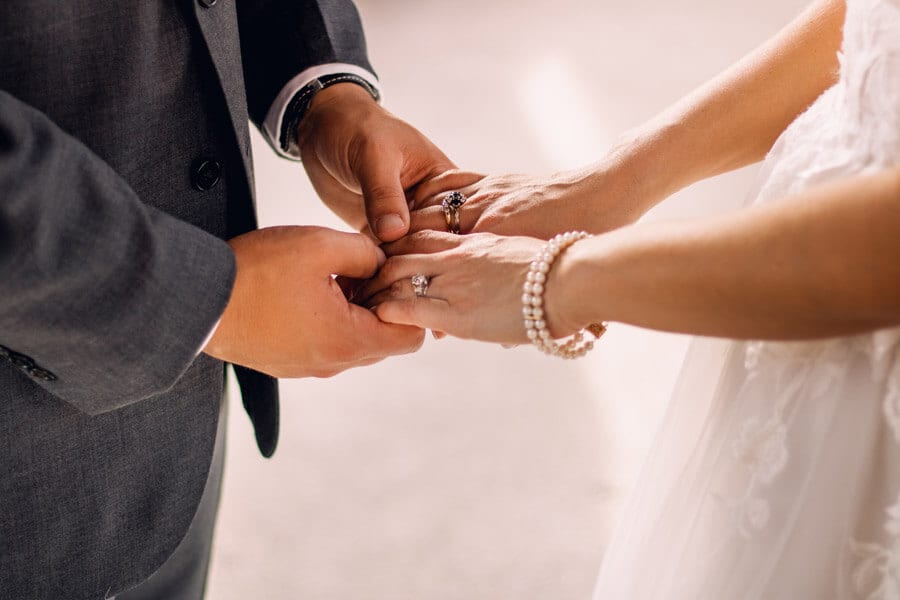 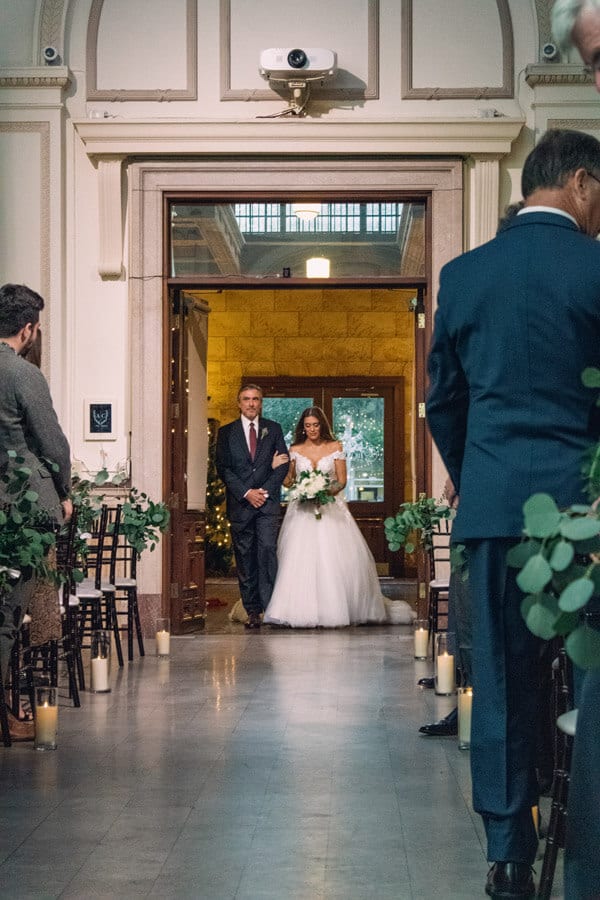 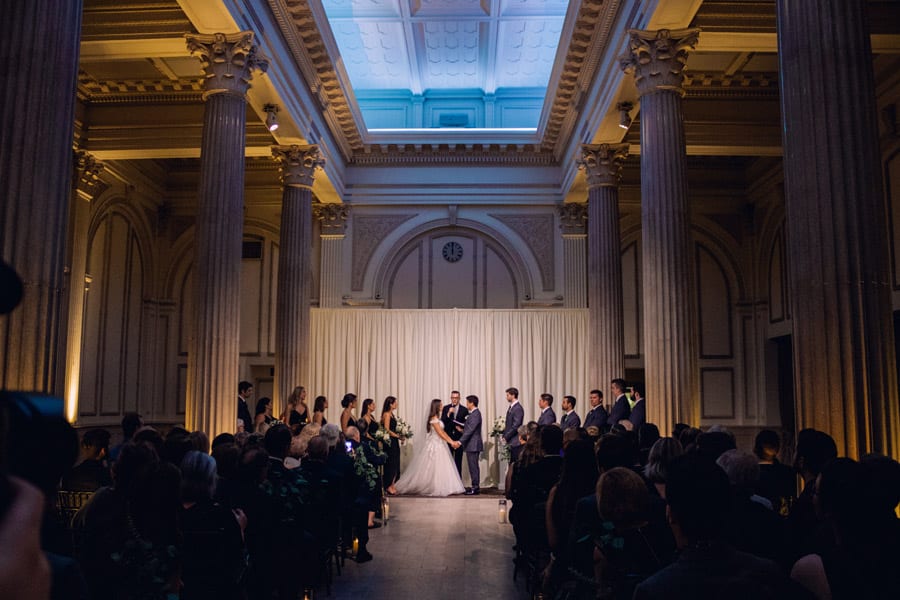 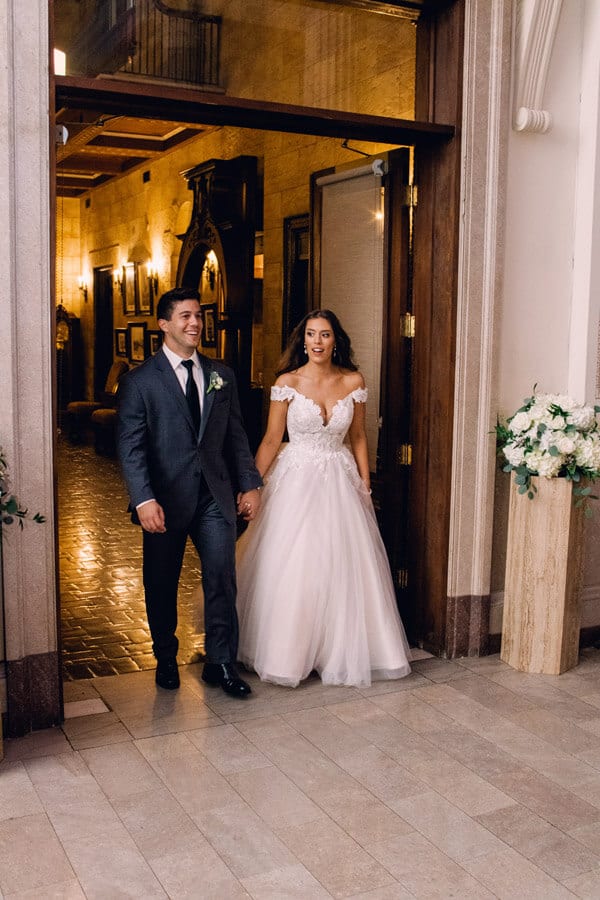 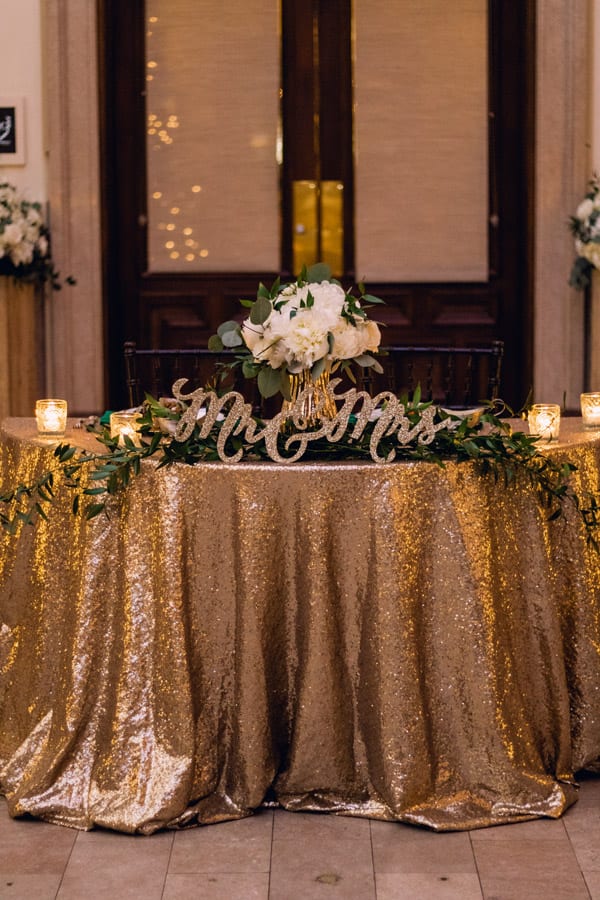 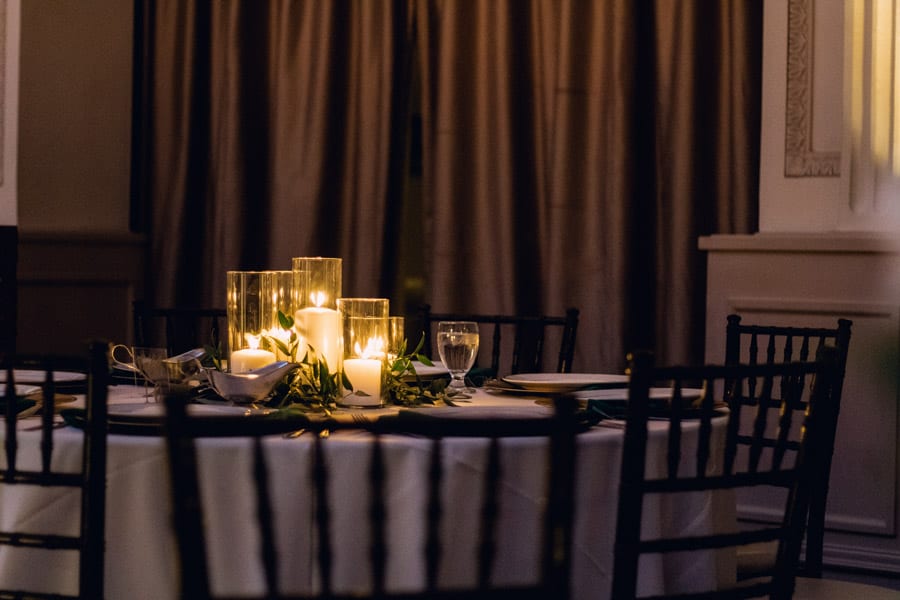 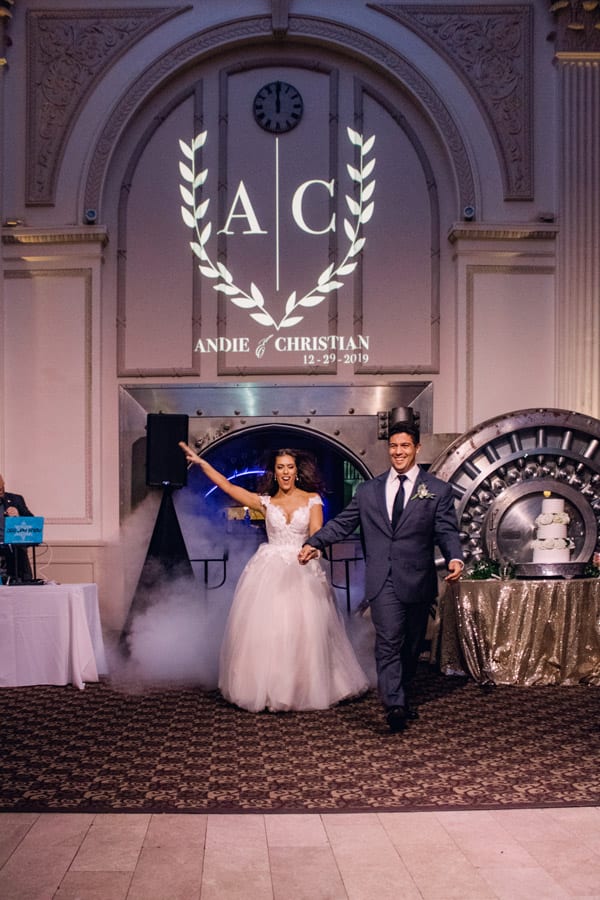 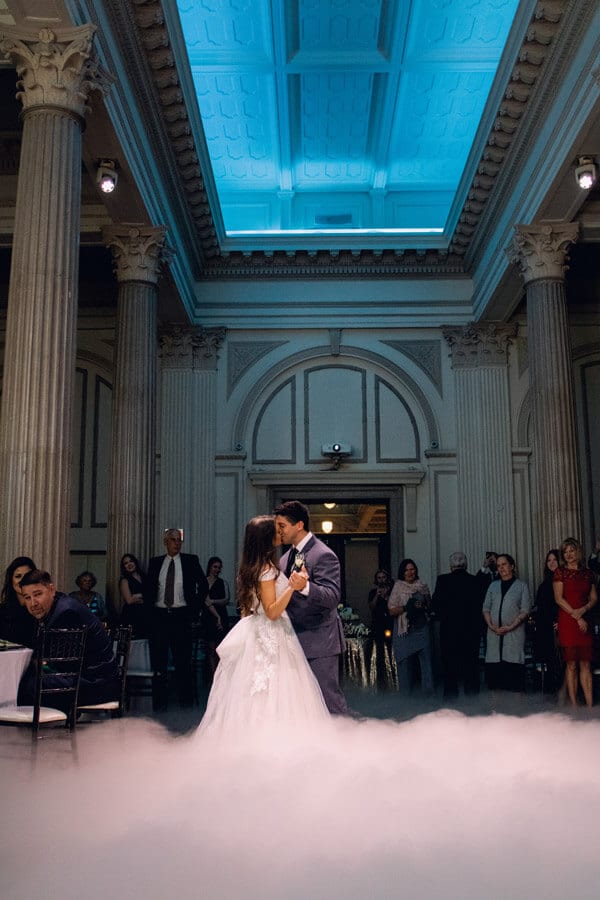 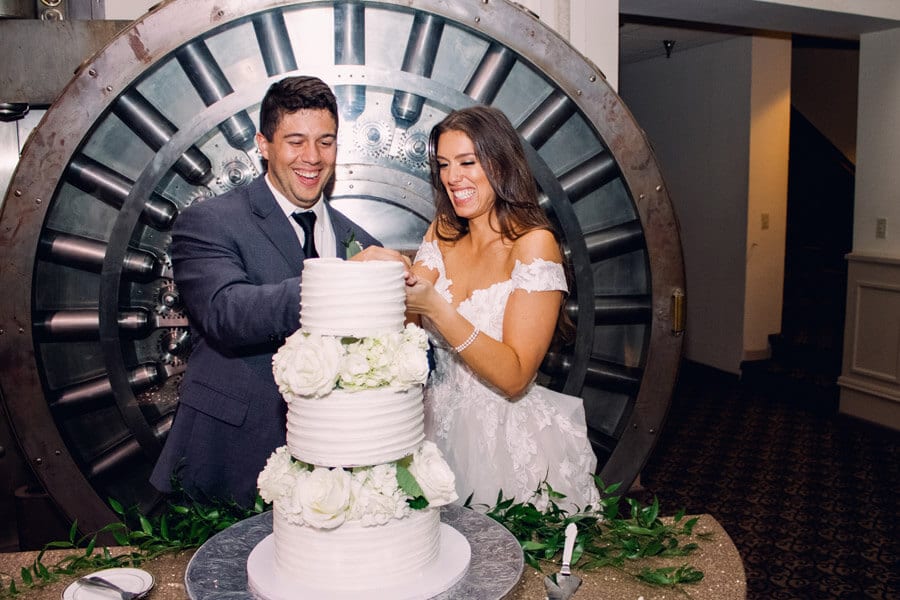 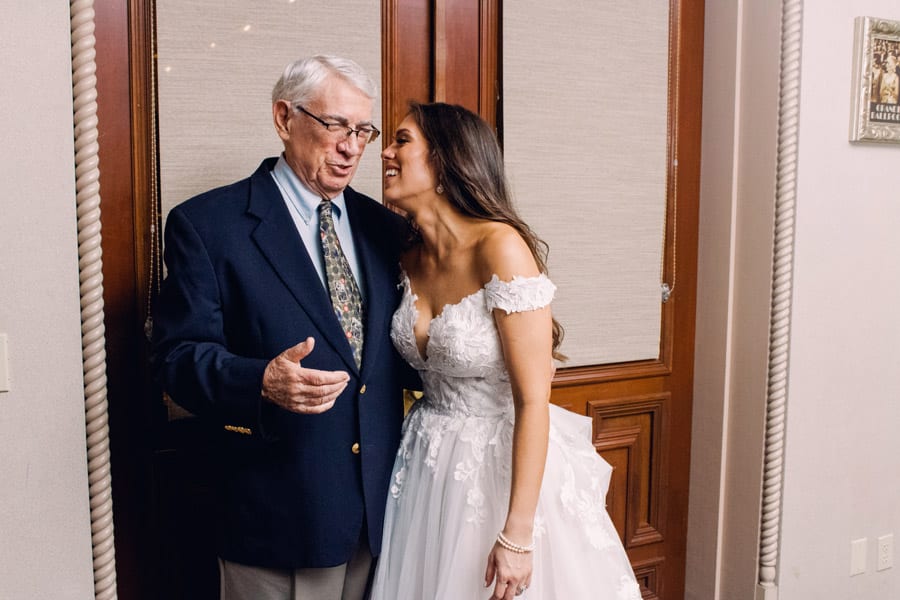 Wedding Venue: The Treasury on the Plaza 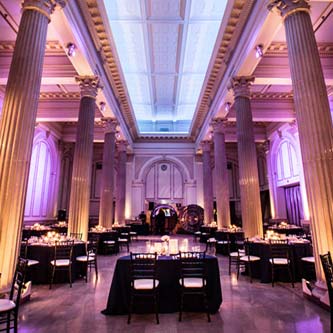 About The Treasury On The Plaza

The Treasury on the Plaza is a wedding venue in St. Augustine, FL. Located in the very heart of the charming downtown historic district, The Treasury building originally opened in 1927 as the area’s central bank. The building underwent an award-winning renovation in 2014 to become a premier destination for weddings and events. Learn More 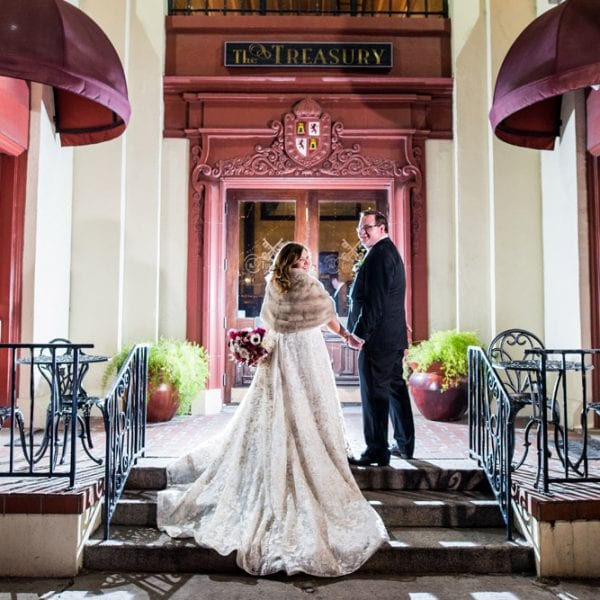 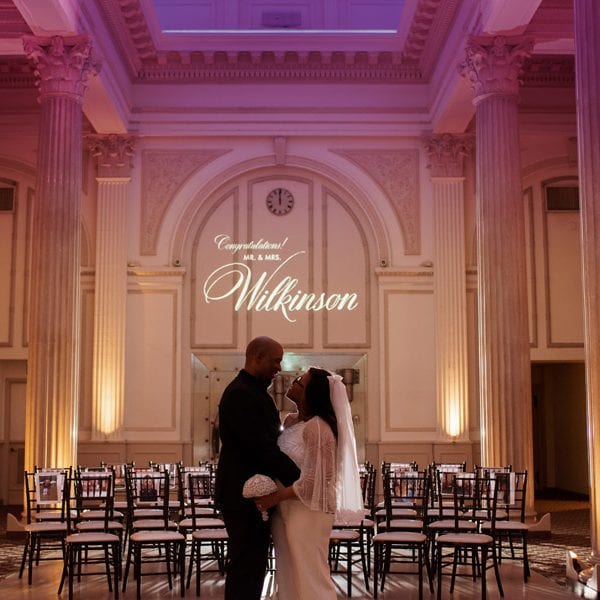 Let's Get This Party Started!

904-217-0077   |   info@thetreasurycollection.com
We use cookies to provide the best possible experience on our website. By continuing to use our site you are deemed to have agreed to the use of cookies as explained in our privacy policy.Accept