Home / Blog / Surprise Wedding at The Treasury in St. Augustine 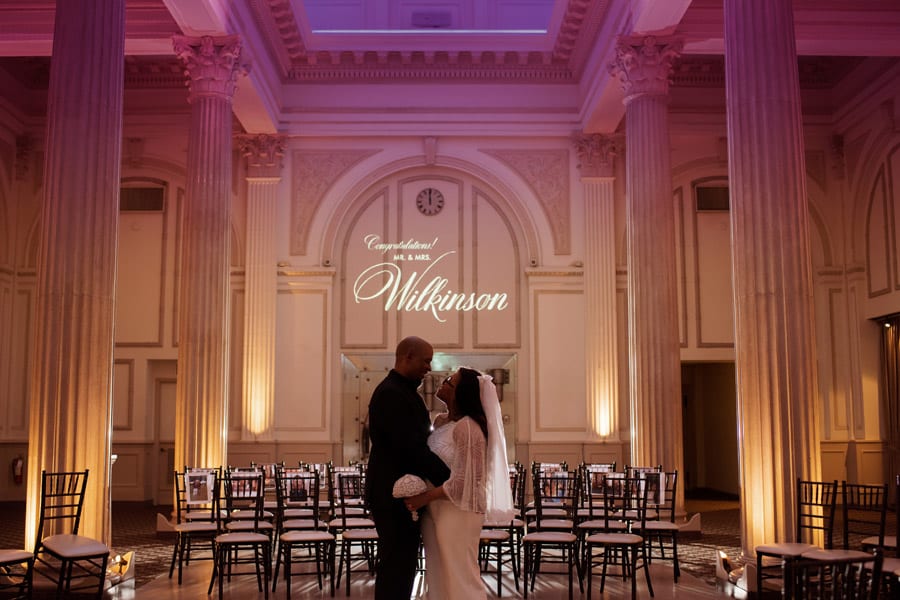 Can you imagine your fiance planning the surprise wedding of your dreams, and only finding out about it an hour before it happens?! That’s just what happened to this local Jacksonville bride!

After ten years together and two wedding postponements, De-Shazo Wilkinson did not want to spend another day without being married to the love of his life, Jacarra Wilson.

When their original wedding venue in Orlando was forced to close in 2019 to make way for a new high-rise, De-Shazo and Jacarra set a new date for 5/25/2020 at The Treasury on the Plaza in downtown St. Augustine. Then the COVID-19 pandemic hit, and they begrudgingly made plans to postpone their wedding, yet again, to the following year.

De-Shazo had other plans! He decided to surprise Jacarra with an intimate Memorial Day wedding at her dream wedding venue, The Treasury on the Plaza. 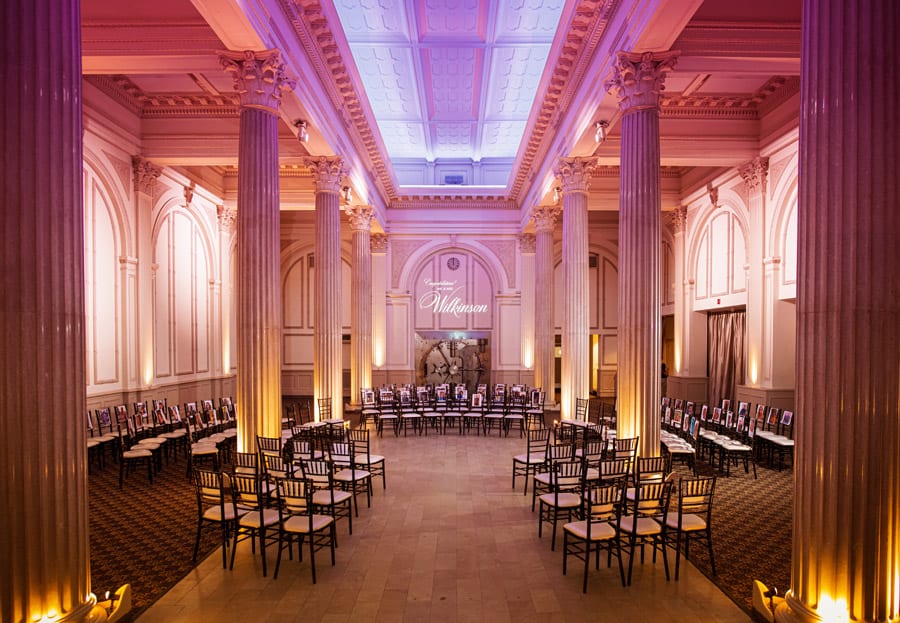 After speaking with The Treasury venue team and wedding planners The Wedding Authority De-Shazo jumped at the chance to make Jacarra’s wedding dreams come true. “[Jacarra] did it all. All I did was listen to her and remember what she wanted, and shared that with our wedding planner,” said De-Shazo, who is a middle school vice principal in Jacksonville.

Jacarra was told she was going to The Treasury to do her hair and makeup for a photoshoot to help make up for another canceled wedding day. However, after Jacarra arrived for what she thought was a simple day around St. Augustine, De-Shazo got down on one knee for the second time and asked her to be his bride THAT DAY! 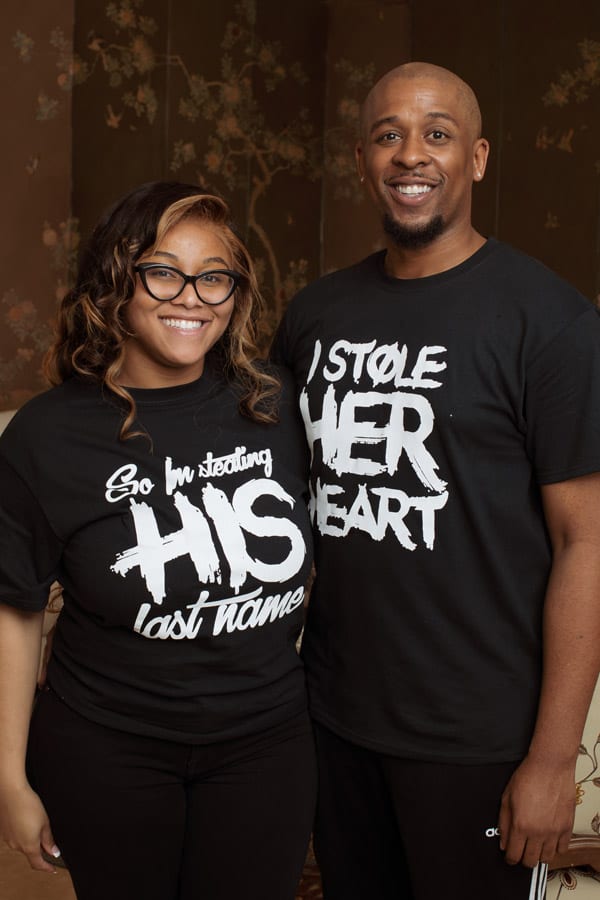 Surrounded by an intimate group of family and friends, the two finally became Man and Wife on Monday, May 25th. The beautiful ballroom was set up for a ceremony in the round, with photos of friends and family adorning the ceremony chairs to honor those who could not be in attendance. Their ministers, who were out of the country, officiated the ceremony via a Zoom call. 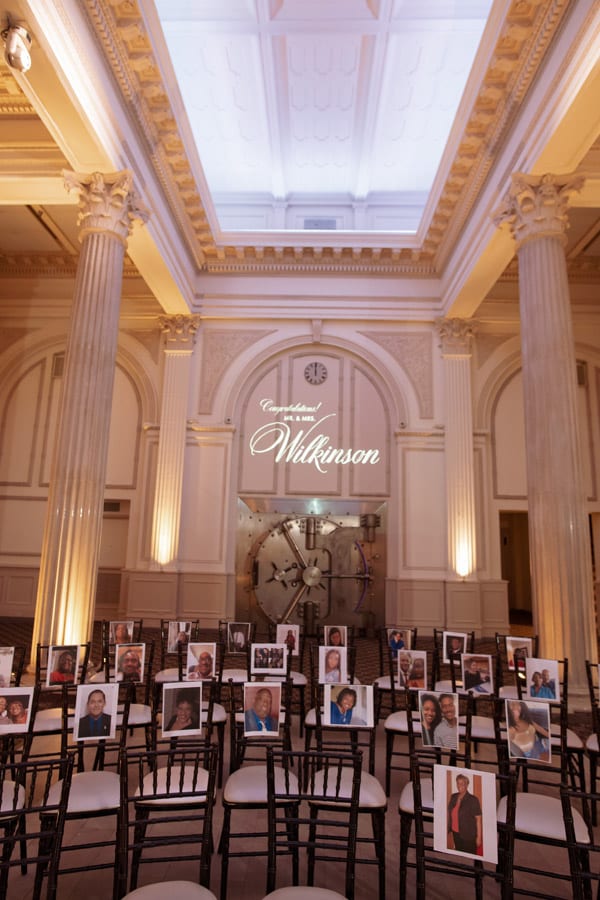 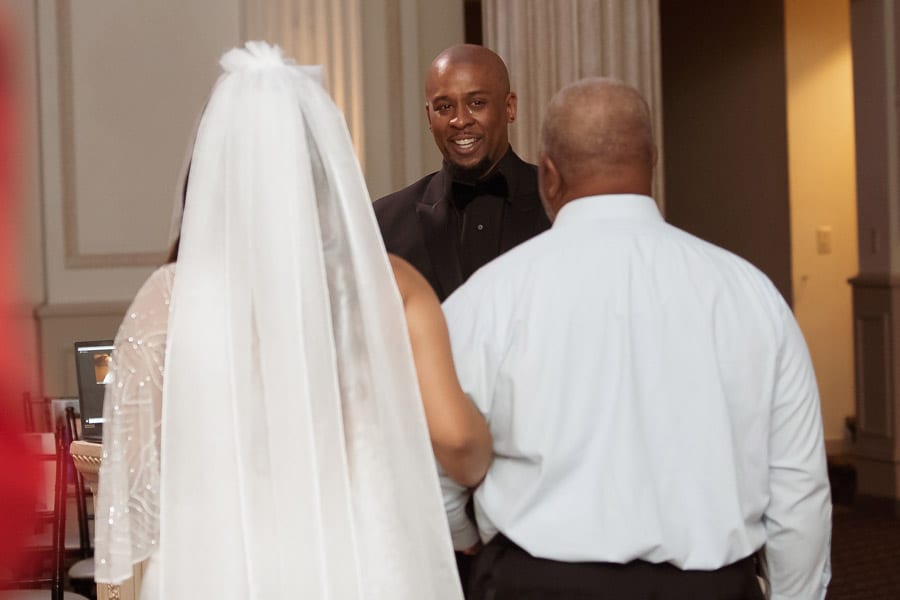 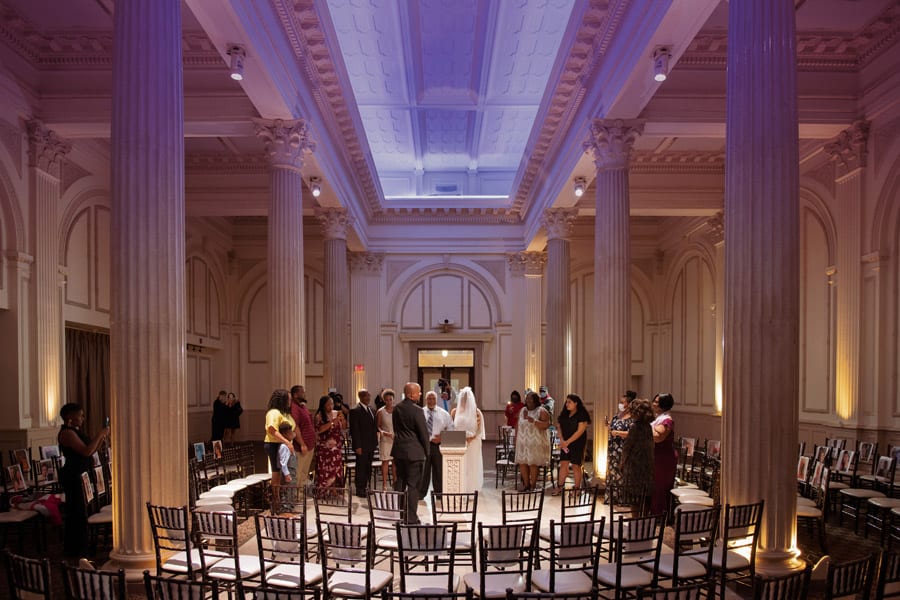 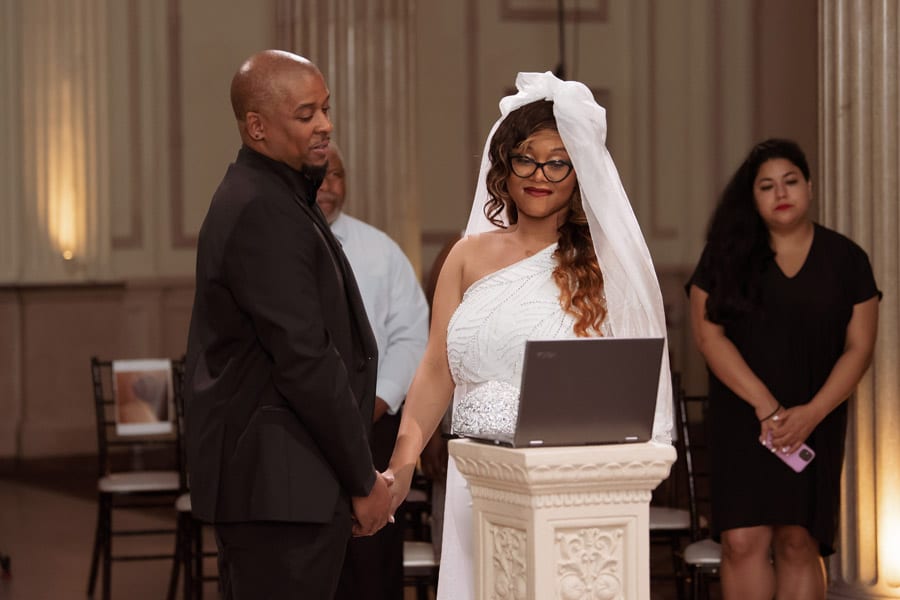 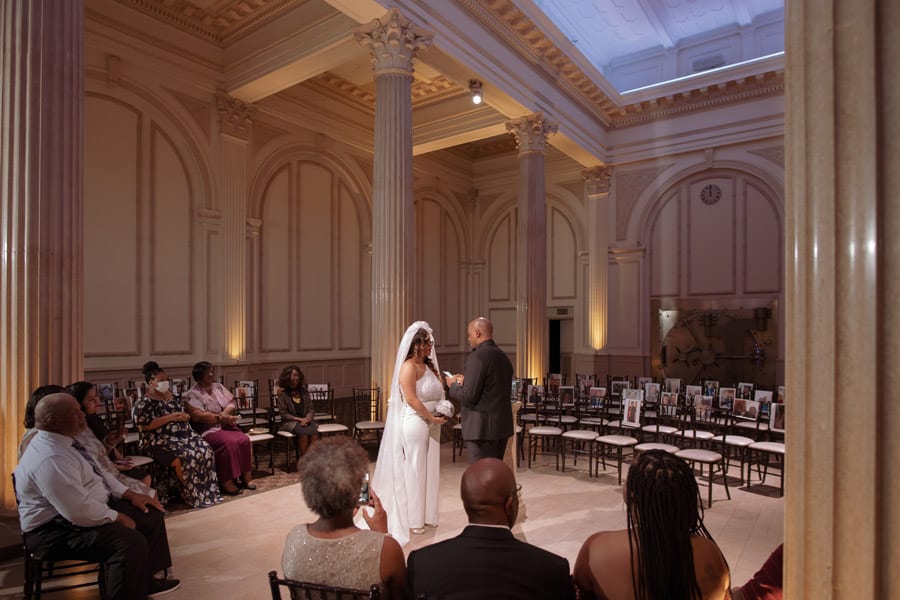 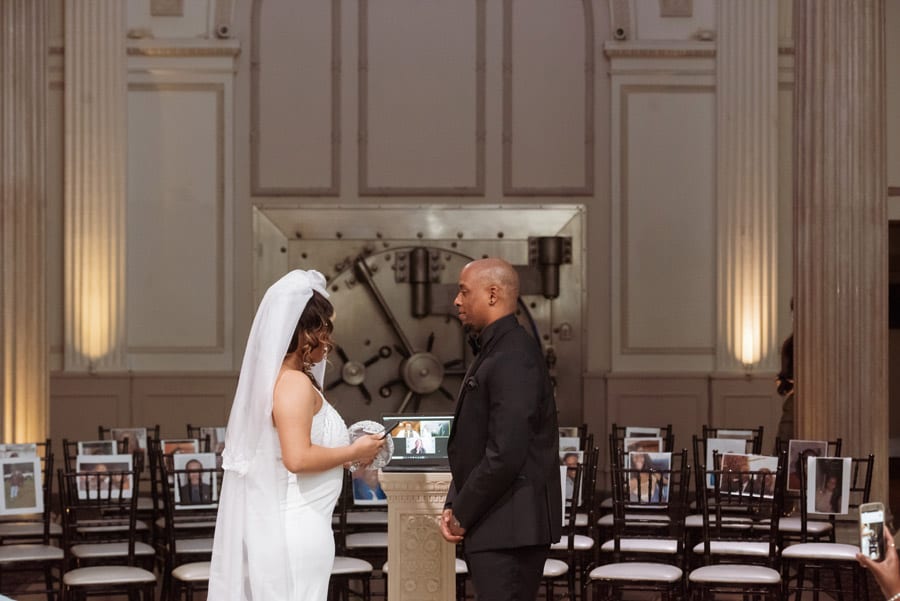 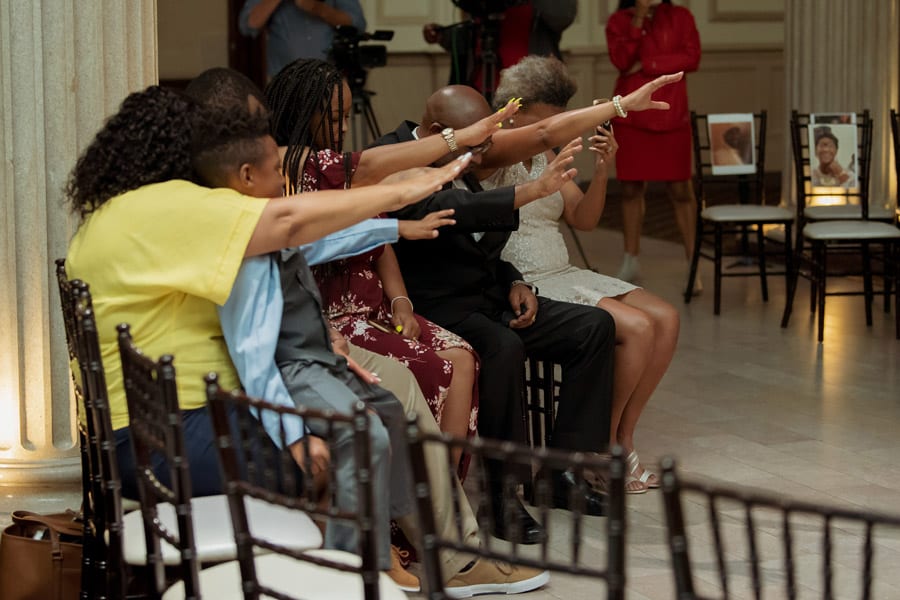 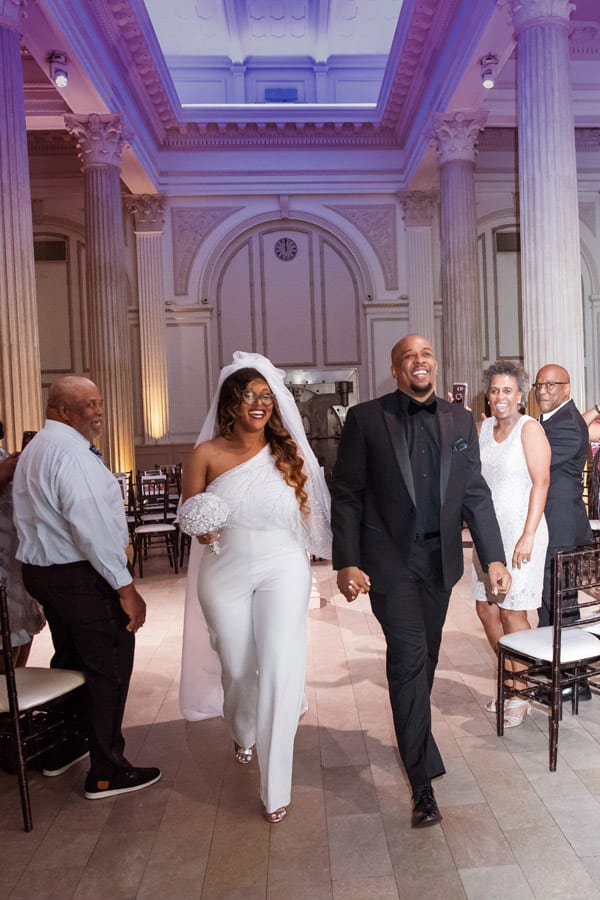 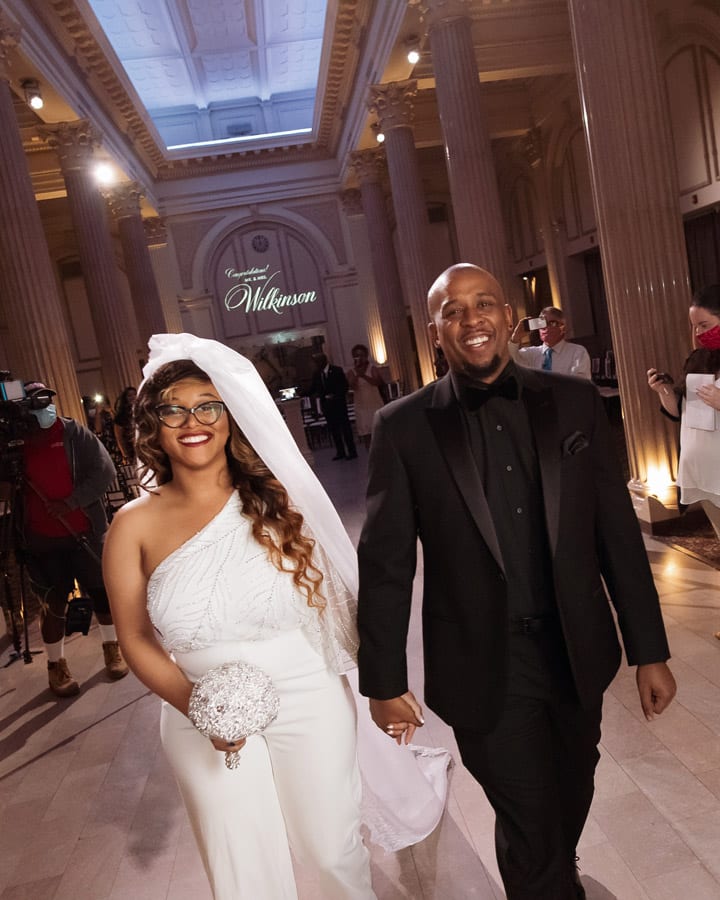 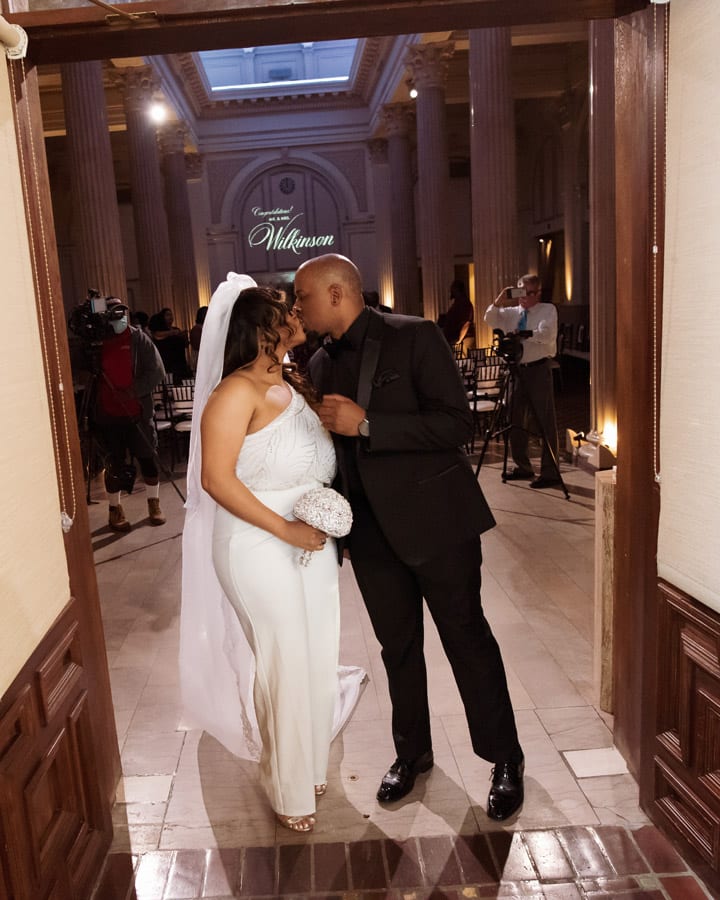 Once the wedding ceremony was completed, the couple headed outside to the Plaza de la Constitucion for their first dance as husband and wife. A car parade comprised of more friends and family circled the downtown landmark, wishing congratulations and a lifetime of love while the couple danced in the gazebo. 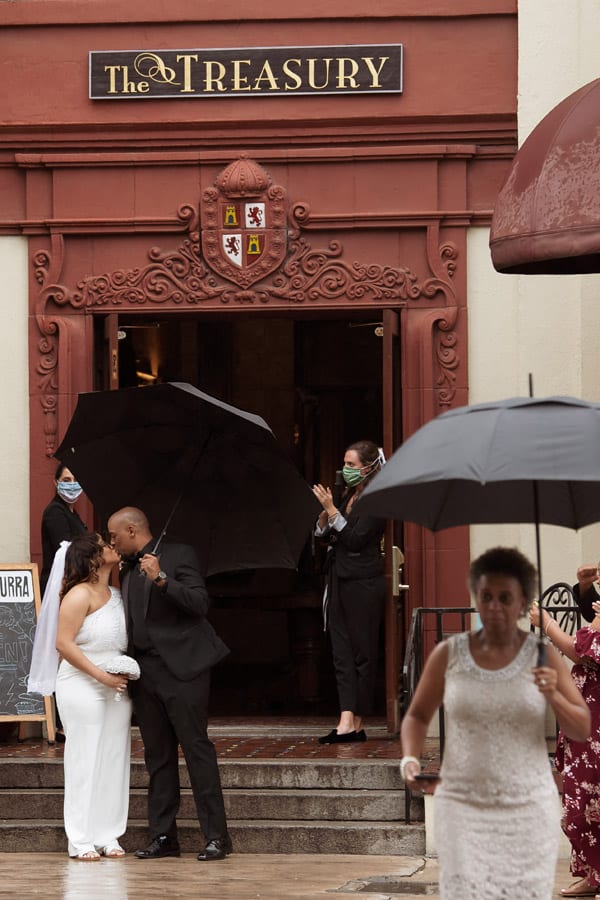 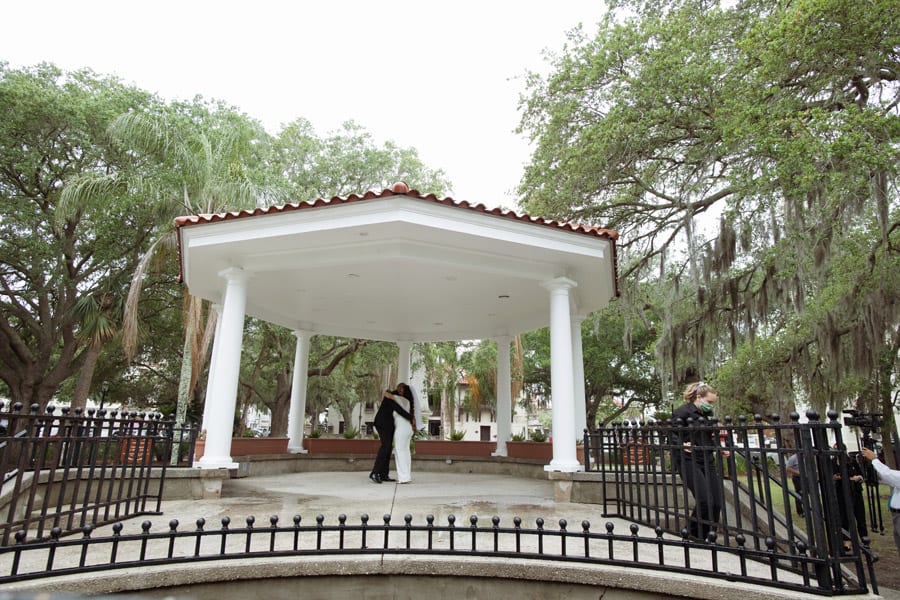 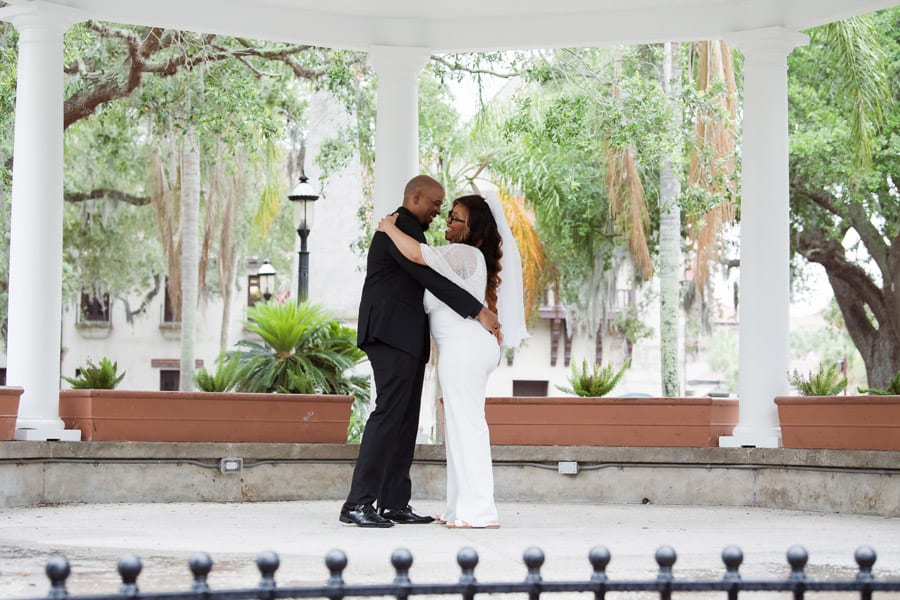 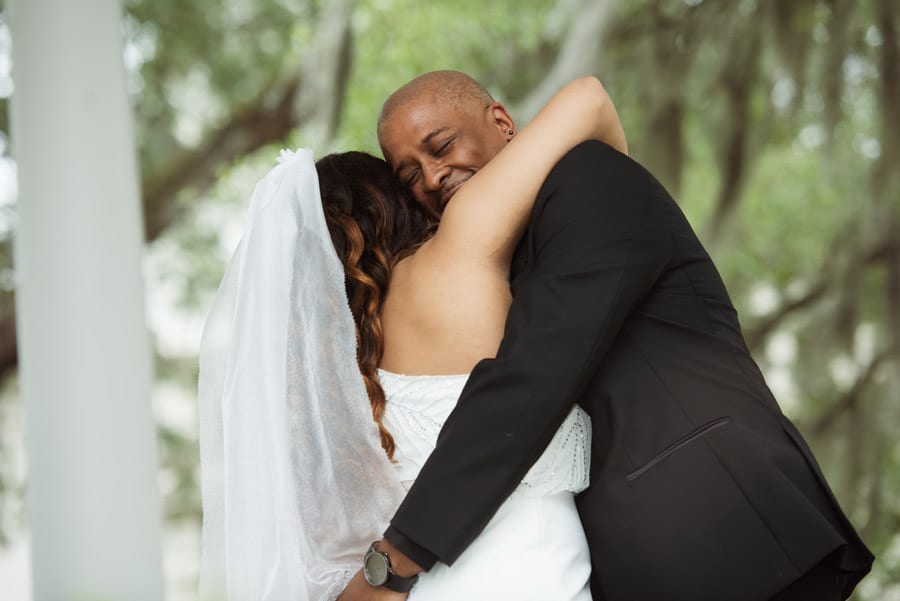 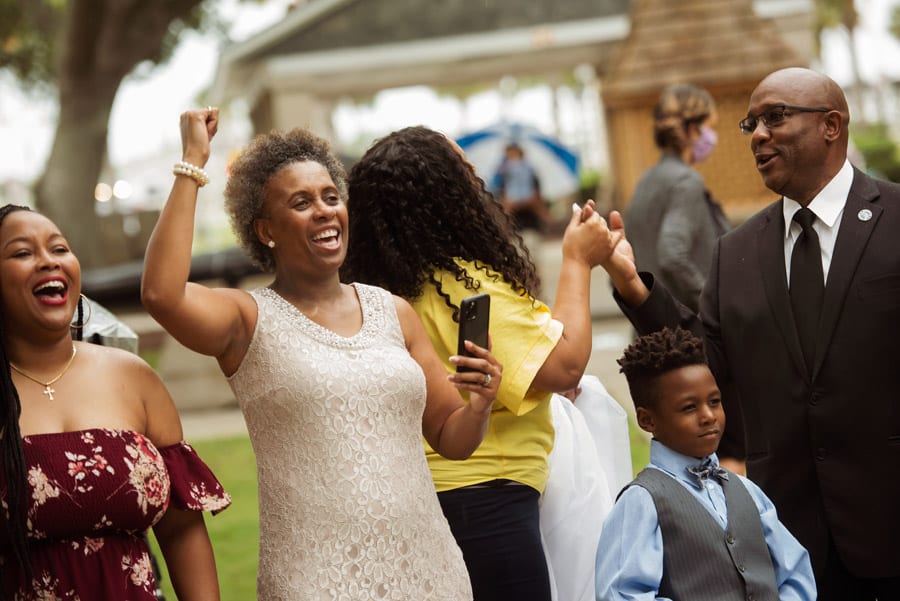 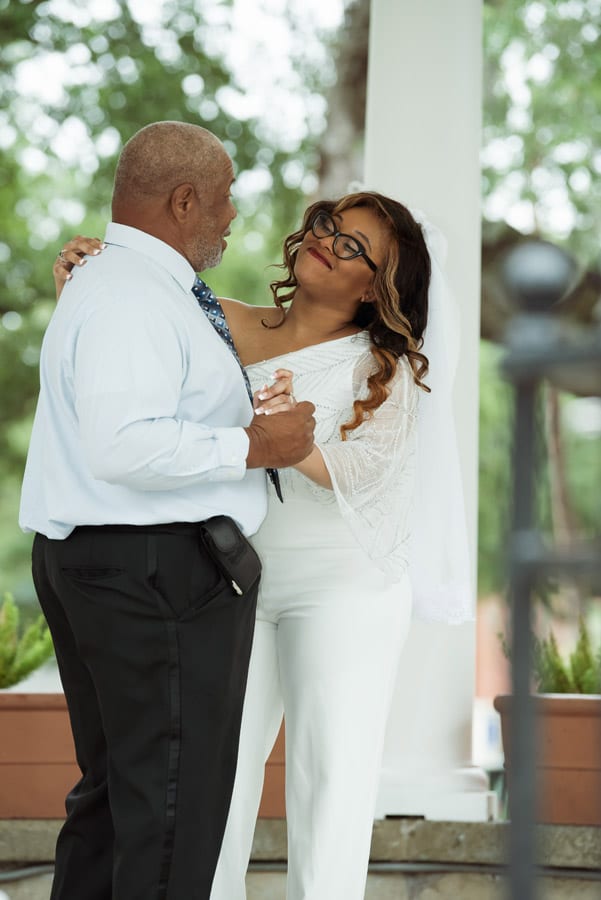 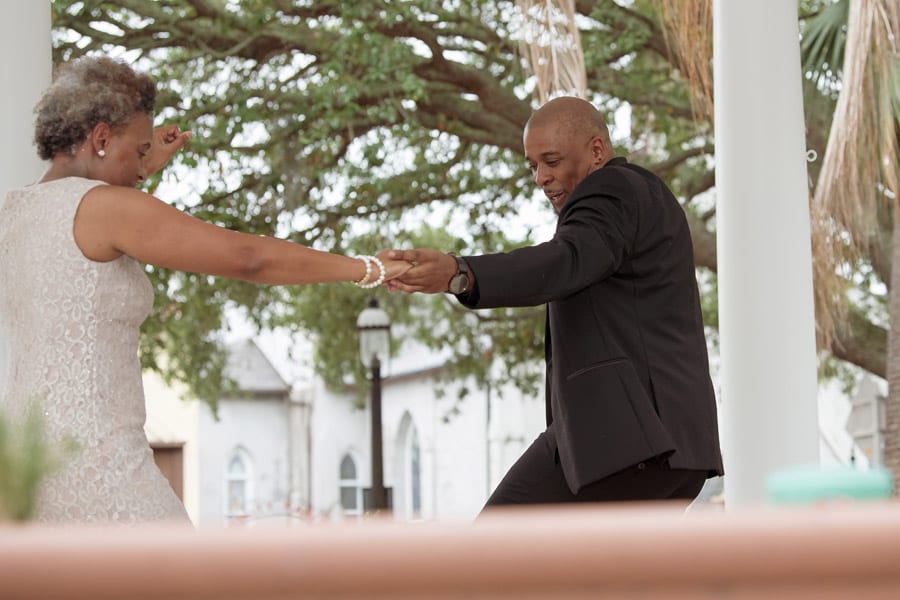 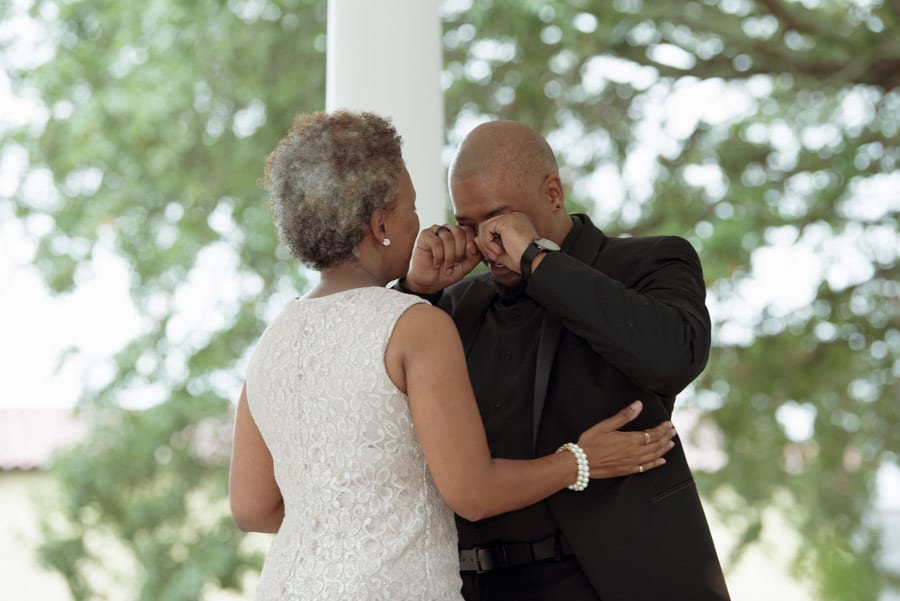 “This isn’t the wedding that we planned,” De-Shazo Wilkinson said during the ceremony. “It just solidifies that we’re in the right place, we’re doing the right thing, and we’re meant to be here,” Jacarra Wilkinson said in response.

The couple plans on having a formal wedding at The Treasury on the Plaza on the weekend of their one-year anniversary, so all of their 160 friends and family can attend. They have currently put their honeymoon trip to Italy on hold indefinitely, but are excited to share a special day with their friends and family next year. 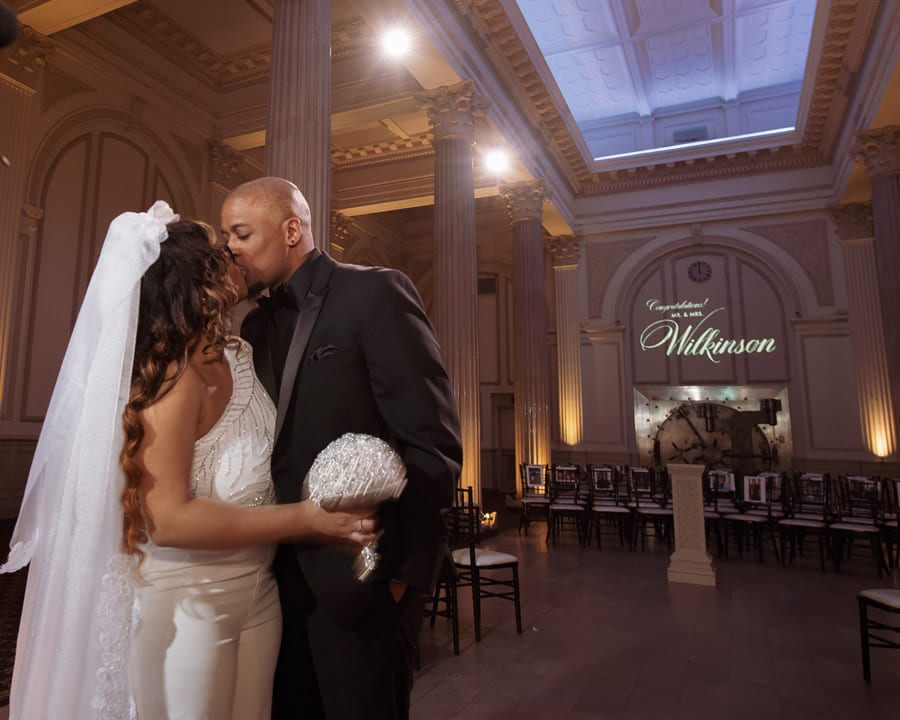 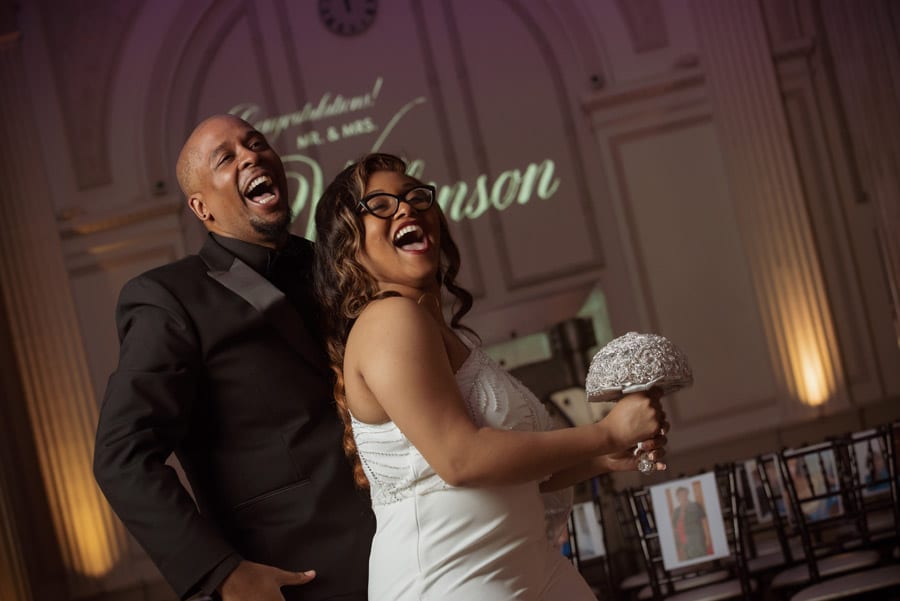 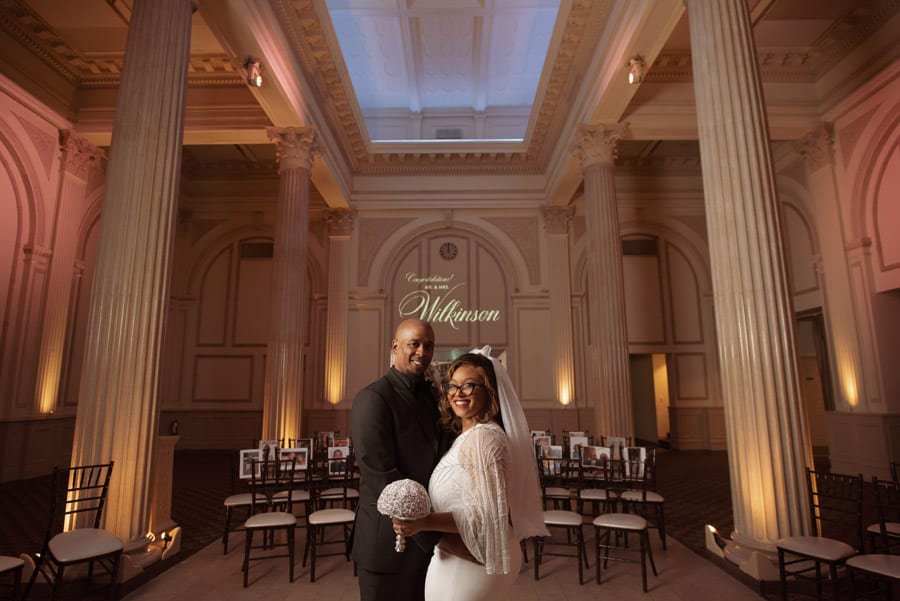 Check out these links for more coverage of  Jacarra and De-Shazo’s surprise wedding day: 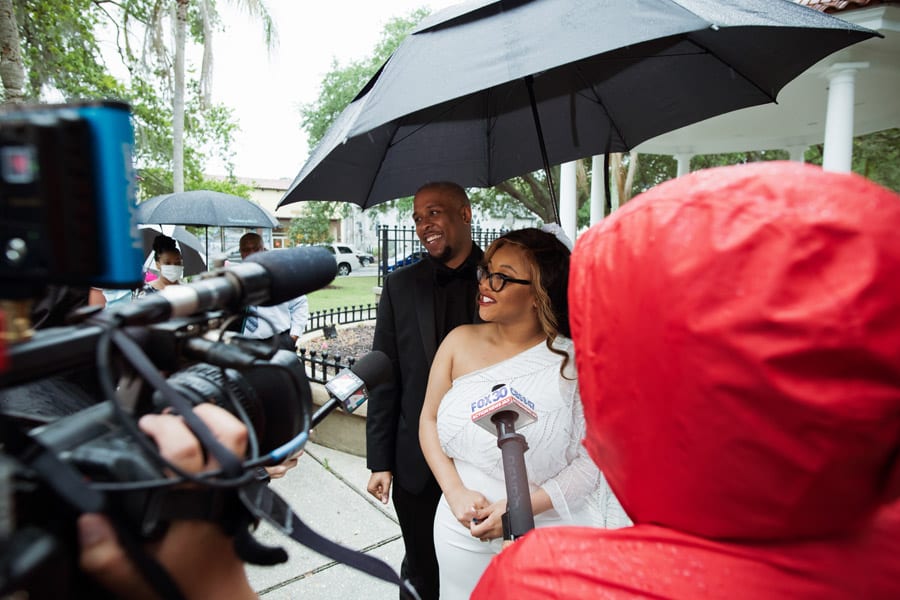 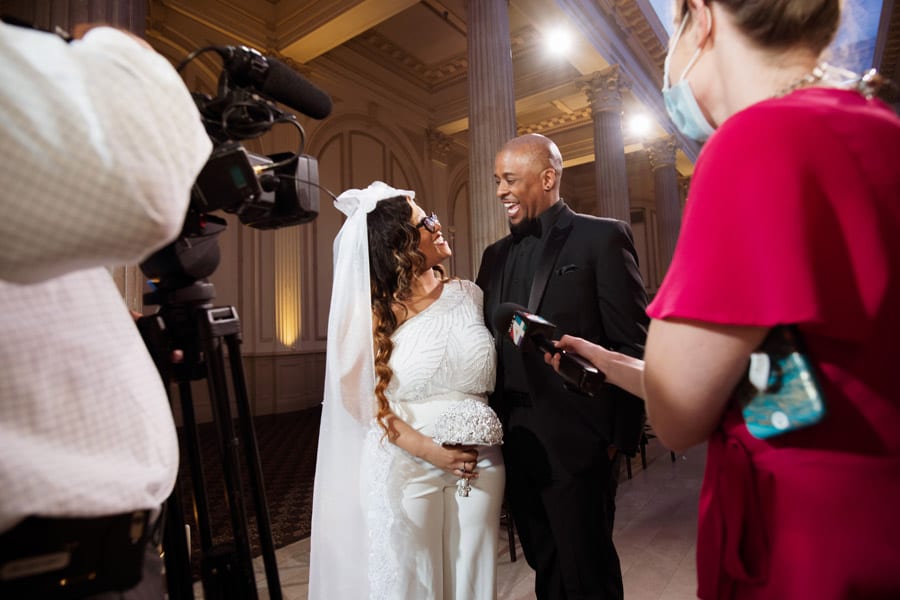 Wedding Venue: The Treasury on the Plaza in St. Augustine, Florida

THE TREASURY IS OPEN AND READY TO CELEBRATE!

Our wedding comfort capacity of 225 guests is well within the government restrictions of operating at 50% or less.

The Treasury on The Plaza’s commitment to the health and well-being of all those who walk through our doors continues to be top of mind 24 hours a day, seven days a week.

All staff and vendors are required to have their temperatures taken upon arrival and wear masks while on the premises.

Before our venue opens each day we disinfect the venue with a fogger machine.  The fog is used to reduce the number of airborne microorganisms while it applies disinfectant to all surfaces immediately.

We are proud to announce that we have invested in and installed the Air Scrubber by Aerus into our Air Conditioning’s Ventilation Systems.  This system combines high intensity UVC lighting with a state-of-the-art process that destroys over 99% of airborne and surface contaminants. This is the same technology that was built for NASA and is used on the International Space Station.

We also have a designated team member who oversees the continuous disinfecting of high touched areas through all events.

Watch the video below to learn more about the steps that we are taking to ensure the health and safety of all of our couples and guests!

Our promise to you is that we continue to evaluate, invest, and implement the newest technologies to ensure the safety of everyone who comes to celebrate with us.

If you have questions, please contact our team at

We use cookies to provide the best possible experience on our website. By continuing to use our site you are deemed to have agreed to the use of cookies as explained in our privacy policy.Accept